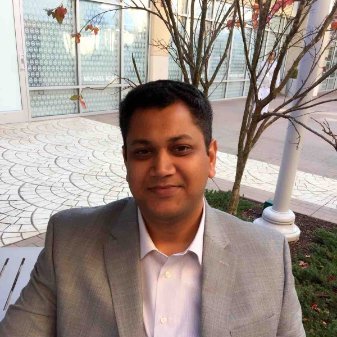 Dr. Saurabh Mittal is Chief Scientist for Simulation, Experimentation and Gaming Department at MITRE Corporation, Vice President-Memberships and member of Board of Directors for Society of Modeling and Simulation, International (SCS), USA. He received a Ph.D. (2007) in Electrical and Computer Engineering (ECE), with dual minors in Management Information Systems, and Systems and Industrial Engineering, and has M.S. (2003) in ECE from the University of Arizona, Tucson.

He serves on the Editorial boards of Transactions of SCS and Journal of Defense M&S. He served as General Chair, Vice General Chair, Program Chair and Awards Chair for Spring and Summer Simulation Multi-conferences sponsored by SCS over the 2013-2018 period. He continues to stay involved as Steering Committee member for SCS conferences. He also continues to serve as the founding Track Chair for Symposium/Track on Complex, Intelligent, Adaptive and Autonomous Systems (CIAAS) for SCS conferences and the Winter Simulation Conference.


He is a recipient of Outstanding Professional Contribution Award (2017) and Outstanding Service Award (2016) by SCS. He also received the highest civilian Department of Defense (DoD) contractor recognition “Golden Eagle” Award (2006) and Herculean Effort Leadership Award from the University of Arizona (2004).